A Valiant Fight Against Vascular Dementia and a Dignified End 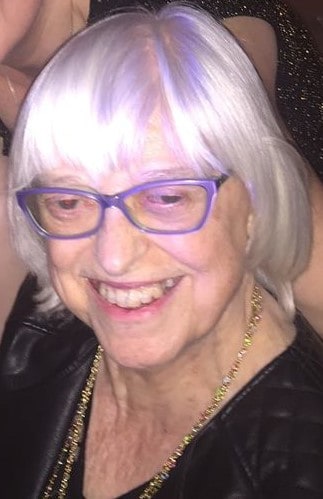 This blog is very personal and has taken me some time to get up the courage to write it. Those who have read my previous blogs will know that myself and my brother have been supporting our mother through an initial diagnosis of Mild Cognitive Impairment (MCI), then Vascular Dementia. Our mother passed away on the 13th December 2019.

One of things I found most difficult to manage from the beginning of her illness was the lack of information on Vascular Dementia. I don’t mean that there isn’t information available on the disease, Alzheimer’s Research UK and Alzheimer’s Society both have useful information, as do the community mental health team for older people in our area. What I found was that the information available can’t really tell you what to expect. Working in health and care has led me to work on several projects where support for people living with dementia and their carers has been a key feature. My work has brought me in contact with professionals, carers and those living with the disease. However, even from this privileged and informed position, I still didn’t really have a prognosis – I had researched statistics on life expectancy and on a really bad day spoken (blubbed) to a kind lady at Alzheimer’s Society. That is why, even though it’s hard, and my eyes are a bit watery I’m writing this now. This is one person’s journey with vascular dementia, every journey different, but I hope it provides a little more insight for those wading through the mud of diagnosis and planning for the future.

The first really bad sign was a Transient Ischemic Attack (TIA). Mother was a volunteer at the local day hospice. She rang and spoke to a nurse that she knew there, telling her that she had been unable to write, and her speech was slurred, but then it all got better. The nurse advised her to go to A&E, so she rang me and I took her. This was the same day I was meant to be taking her, along with my daughter and grandson to Scotland for a short holiday. She was seen at the hospital, given soluble aspirin, checked over and told that we could all still go – so we did. Apart from the fact that I don’t drink whiskey and we went on a distillery tour where samples had to be tested on behalf of all of us, which Mother enjoyed immensely, there was no more slurring or odd behaviour.

Over the next two years Mother put up a valiant fight, persuading many healthcare professionals initially that she didn’t have dementia, and that she was quite capable of looking after herself (thank you very much!). When we first introduced Homecare it was on the basis that she wasn’t having a carer, but a personal assistant, who didn’t wear a uniform. She enjoyed the freedom of being with her assistant to go shopping and take as long as she wanted – a trip around Sainsbury’s took two and a half hours.

Being aware that TIAs are often the signal to watch for things to come, and armed with more knowledge than a most non health professionals, I recognised the next signs early: change of gait when walking, hesitancy to take the next step on the stairs, telling me about some events several times, and not remembering others, worrying significantly about inconsequential matters. I sought a diagnosis, through the ruse of going with her to see the GP about another health matter – this involved me sitting in sight of the doctor and gesticulating as she answered questions in a manner which was economical with the truth. This was how we got a referral, MRI, home assessment and initial MCI diagnosis. The Vascular Dementia diagnosis followed at an annual home review.
Vascular Dementia is a cruel insidious disease that robs you piece by piece of your mental faculties, taking away your ability to care for yourself, live independently, feed yourself and eventually recognise the people you love, and lose your ability to swallow, and any desire to eat or drink. At least this was the case for our mother.

I am well aware that to live a full an active life, with a busy social diary for two years after her diagnosis was something that many people are not fortunate to have. I had been warned that the disease can progress in steps, where everything carries on the same for quite long periods and then there is a sudden loss of physical or mental capacity. Equally the loss of function can be gradual. Unlike Alzhiemer’s where you can anticipate a pattern of disease progression there are no graphs, no expectation of what occurs when, you just have to watch and wait. So watch and wait we did, sometimes the deficit was small but significant, like when Mother could tell the time on a clock, but no longer understood the concept of time. Sometimes the events were more significant such as TIAs, or her stroke in September this year.

We were fortunate that I was able to find technological solutions to many problems, which added to family, friends and professional care meant that even a few months before her death some people who met her were unaware that she had dementia. However, the stroke seems to take the tide of cognitive loss that Mother, her family, carers and friends had been holding back for so long and throw it all back at her. Weeks in hospital away from familiarity coupled with physical deterioration, just made cognitive function worse. It wasn’t long before our graceful, polite, elegant mother’s demeanour changed, we were told that she was angry and frustrated, she had poor mobility but started wandering day and night and soon had a Deprivation of Liberties statement the ward was secured to keep her safe. After a meeting to discuss her care plan we were able to move her to a nursing home which specialised in dementia care, where her partner Brian was already living.

Initially she was confused and upset by the move, but within a week her cognitive function improved. Mother would walk around the home with Brian, and they would sit next to each other in the comfortable lounge, holding hands and falling asleep. She knew me and my brother, and her sisters. We brought in family photos which the home put on the walls and surfaces around her room. I took in photo albums and we talked about her family – she said

I thought I had lost everyone, and they were all gone, but you have brought them back to me, thank you, thank you

Unfortunately this period of awareness was brief, lasting for about a month. Mother’s birthday was 25th November and we had a small family party, and I asked her if she could hear what people were talking about and she said “yes, about dogs” – which was true.

The next week Mother stopped eating more than three mouthfuls a day (which weren’t more than a small amount on the tip of a spoon or fork). She made less sense and couldn’t find any of the correct words to express what she wanted to say. One day I reported a small victory because she had said a whole sentence. That was the last communication apart from “no, thank you” to any form of food or drink. She found swallowing increasingly difficult to the point that drinking was too much effort.
I asked the home to put her to bed at the end of a visit when she was particularly distressed, holding her head and refusing to drink. She never got out of bed again and died within eight days. Her final days were spent asleep. Traffic prevented me from being by her side when she left, my brother was with her and I arrived a few minutes later.

We take great comfort from the fact that it was quick at the end. The period when she didn’t know who she was, or recognise family was mercifully short, and she died in her sleep.

It’s hard to grieve when you have been grieving for years as each little element of what makes someone who they are is lost, like watching sand falling through an hourglass. I don’t know how to respond to people saying how hard it must be for me, when the hard bit is over now, and I genuinely believe that we were all very lucky that the end was quick, and she retained her dignity.

Vascular dementia is a terrible disease. It strips people of their humanity, and is treated as a social care problem, not as the disease that it is. As attorneys we were planning how long Mother’s funds would last before we had to work through her assets to pay for care. Many families have to work through all of their assets and still fight for the care and support their loved ones need. We met with many, many caring and compassionate professionals having to work within a system that doesn’t care and has no compassion. The system is broken, we are all getting older, we are all living with a gradually increasing risk of it being ourselves that have dementia. What are we going to do about it? People living with dementia don’t make good poster material, placards or social media images. They can’t march on Downing Street or address the United Nations. We can keep ignoring this issue, but it won’t go away. The elderly population is growing, and bit by bit the fortune among us will become part of it – when we start showing the early signs of dementia, will we have the cognition to regret what little we did to change things? 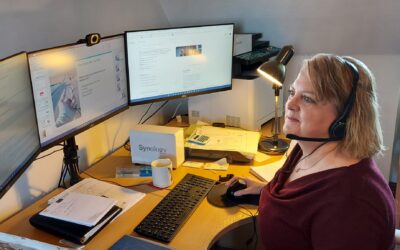 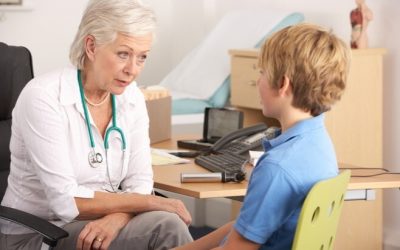